International Excellence and International Emerging Architect are the two 2018 awards in which the Royal Institute of British Architects, RIBA, has announced the winners. For the final of the RIBA International Awards, 20 projects were selected, the name of the absolute winner of these awards we will know only in November 2018. The winners submitted projects for large cultural centers, educational buildings, infrastructure scheme projects, as well as small public spaces, residences, and places of worship.

Winners in these categories this year include a metro station in Budapest, a private art museum in the Netherlands; a residential tower with lush vertical gardens in Milan; a cultural center in Greece; and a mosque in Turkey, among others.
The RIBA International Prize is another nomination that has been added to the list of previous nominations. Regardless of typology and geography, the British considered the entire stratum of contemporary architecture.

By celebrating the achievements of the winning architects, the publication of these prestigious awards also means one more thing — we are one step closer to the big opening of the RIBA International Prize 2018, which will be announced in November. 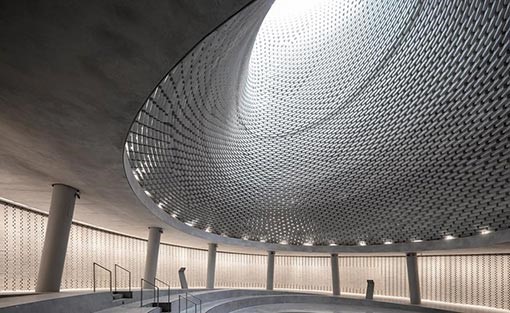