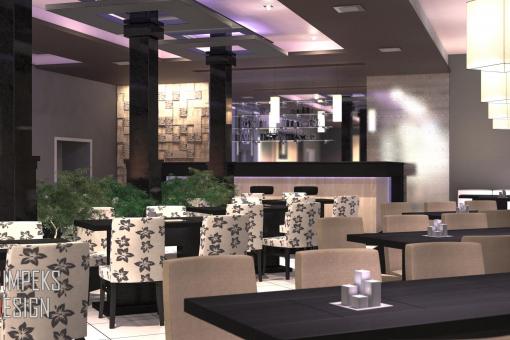 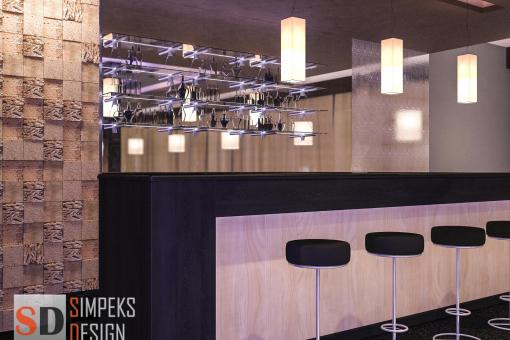 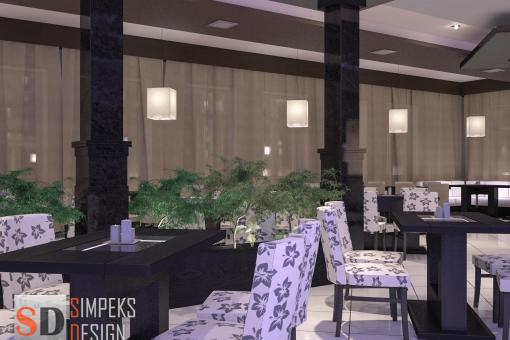 Plants in a cafe
Cafe in the moder style Zoom photo 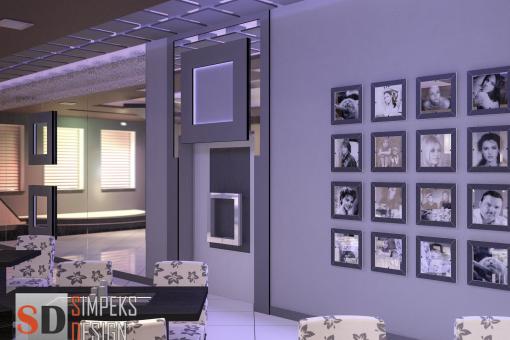 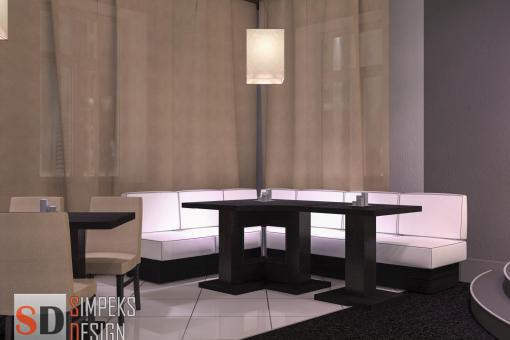 Corner white sofa in a cafe

The design of the restaurant for 118 seats is made in the modern style, according to the latest trends in the design of restaurants and other establishments. The key factors in the organization of the space, in addition to the functional zones and the connections between them, were the geometry of the room itself together with the supporting structures of the building, as well as the customer's wishes regarding the configuration of furniture and the overall functional load of the institution. Big hall. Due to the rather large area in the hall, it was decided to divide the area with tables into two zones with slightly different configurations and atmospheres.

This separation was achieved by designing the appropriate ceiling composition, lighting fixtures, and floor finishes. Thus, the first zone along the windows has a higher ceiling and lighter. This zone has less detail, so it is lighter than the second. Accordingly, the second zone, located in the center of the hall, has a more complex configuration, it contains columns, on the ceiling, there is a multi-level composition, a system of lighting and lamps.

This area is more interesting and challenging. In the hall, in addition to areas with tables, there is a bar counter area, a stage, and a dance area. To bring down the monotony of the premises in a row of three columns, another false column was introduced, which divided the columns into two groups: one main column at the dance area and three secondary ones in the area with tables. In the dance floor area, there is a mirrored wall, the entrance door (main) has the most sophisticated design in relation to other portals. Small (banquet) hall. The banquet hall is organized so that its space can be used universally: both by several groups of visitors at different tables, and by one large group, at a common large table.

This idea is carried out by the absence of divisions into zones on the floor and walls, as well as by a fairly simple composition on the ceiling, consisting of caissons of different sizes. When developing the design project, the main goals were maximum functionality, the profitability of the restaurant, laconic and manufacturability of forms, as well as the creation of a unique institution.

Restaurant visitors should feel comfortable, be relaxed and get aesthetic pleasure from an interesting image of the interior.